Gonorrhea, also called Gonococcal. Along with chlamydia, gonorrhea is a sexually transmitted disease (STD) that can cause infertility. Caused by the bacteria  Nasser gonorrhea , gonorrhea can be passed from person to person through sexual contact or from an infected mother to the baby at birth. The consequences of infection are serious, especially in women, who can become infertile, and in newborns, who can lose their sight.

The plants contained in our treatment have been selected among the best to fight against bacteria. Indeed, in addition to their antioxidant, anti-inflammatory and immunomodulatory properties, they also have antibiotic " properties. 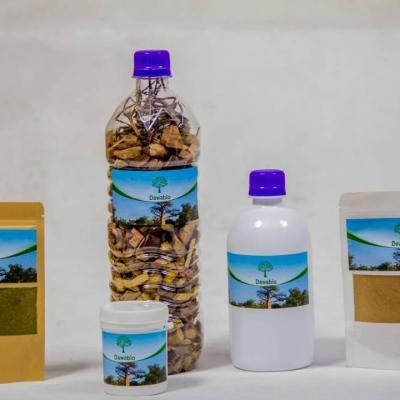 The treatment consists of several plants reduced to powder to facilitate their assimilation in the form of herbal tea. Our experts are there to advise you and support you throughout your treatment.

In most cases, gonorrhea goes unnoticed because its symptoms can be mistaken for other infections.

On the penis, the most common signs of gonorrhea are pain and burning when urinating, a profuse secretion of pus from the urethra, pain or swelling in one of the testicles.

In the vagina, symptoms are increased vaginal discharge, which takes on a yellowish color and an unpleasant odor, pain and burning when urinating, bleeding outside of the menstrual period, abdominal and pelvic pain.

The first manifestations of the disease vary from 24 hours to 14 days after unprotected sex.

At any sign or symptom, it is recommended to consult a health service for the correct diagnosis and indication of treatment with an appropriate antibiotic.

One of the ways to make a clinical diagnosis of the disease is to check how long after intercourse the lesion appeared, if the secretion looks like pus and stains your underwear.

But confirmation is done by specific laboratory tests that analyze the secretion. It's a quick, inexpensive and painless exam. In 15 minutes, the result is ready.

If the infection is found, it is necessary to have tests related to other sexually transmitted infections, including chlamydia, syphilis, hepatitis B and HIV.

Pomegranate has antibacterial properties, in addition to boosting the immune system, as it is rich in zinc, magnesium, and vitamin C. Therefore, pomegranate tea is a great option to help in the treatment of gonorrhea. Pomegranate tea is prepared by placing the peels in boiling water and letting them sit for 10 minutes. Then strain and drink the still hot tea at least 2 times a day.

In addition to tea made with the peel, it is possible to make tea with dried pomegranate leaves. To do this, it is enough to put 2 teaspoons of flowers in 500 ml of boiling water, leave for 15 minutes, strain and drink once a day.